Why Choose Select for your Basement Waterproofing Warminster PA

Most builders, architects, and engineers in Warminster and the rest of the country have been neglectful in their designs as to what is absolutely necessary to assure a dry basement. As you may have noticed, your basement walls (interior or exterior) have never been waterproofed with a rubber membrane. And, your basement floor has never been properly protected below the slab to manage hydrostatic pressure. Imagine for a moment, if we were to examine the excavation work preformed by your builder.

Step 2 - Installation of Sump Pump in Warminster, PA
is useless if a Pressure Relief System is not installed properly. The dynamics of the sump pump is collecting the water flow that is produce from the French Drain  pressure relief system. The average sump system at 1/3 hp will manage 2400 gallons per hour, which is more than sufficient in most cases.

Step 5 - Install a Thermal Armor Vapor Barrier in Warminster, PA
This will save on energy bills! As well as, eliminate rot and decay! Reflective Insulation has become a standard component of a total basement insulation system, and it’s a tax deductible.

Step 7 - Installation of a Dehumidifier in Warminster, PA
A dehumidifier on steroids that you never have to empty! In most cases you would need five dehumidifiers to maintain 2000sqft of basement environment at 42% R/H.  Imagine doing that with one unit at 5 times less the cost of electricity. I would call that a miracle machine, wouldn’t you.  Excessive relative humidity will rot your home – like termites destroys wood.  The major culprit for basement molds, dust mites, termites, spiders and other insects is moisture.

Step 1 – Total Basement Waterproofing in Warminster, PA 98% of all basements will eventually leak due to builder neglect. Most homes are not waterproofed with a rubber membrane. And, most basement floors have not been properly protected below the slab to manage hydrostatic pressure. The first step involves digging a trench throughout the perimeter of the basement.


Step 2 - Install a Thermal Barrier in Warminster, PA
This will eliminate wall moisture, save on your energy bills and provide you with tax deduction. You will never have to worry wall moisture. The thermal armor offers a continuous vapor barrier into the drainage system to contain wall condensation.


Step 3 - Green Friendly Framing in Warminster, PA
We can use Galvanized studs vs. Wood. Above, we are framing out the soffit to hide the HVAC trunk lines and all unsightly obstructions. With the right about of passion, equipment and team talent – we can take the ordinary to the extraordinary!


Step 4 – Your Choice in Warminster, PA
Choose between conventional sheetrock, purple rock, dura rock or aqua fiber rock. We often recommend aqua fiber as it is dent resistant, super water resistant, mold proof and class “A” fire rated. While it looks and paints just like sheetrock it is 100 times stronger.


Step 5 – Make your Basement Unique in Warminster, PA
You can achieve this through appointed details like crown molding, recess lighting, trophy lights, 6 panel doors, custom wood flooring, and wrap around custom paint. Our objective is to make the space so you would never know you were in a basement.


Step 6 – Home Theatre in Warminster, PA
Can you imagine a 160 inch LCD picture? While the $300,000 price tag may deter most homeowners, if you can afford this expensive toy, it is a must have. You can even schedule a private test ride with free admission. You can even bring your favorite Blue Ray DVD. 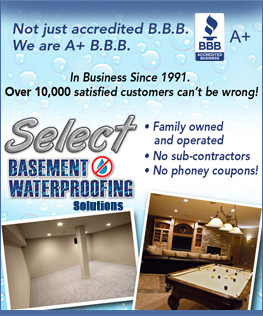